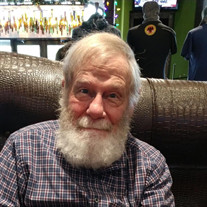 Major Nolan Anderson Mims went to be with our Lord on June 9, 2020 after an extended hospital stay. He passed peacefully in his sleep. Nolan was born on January 26, 1943 in Montgomery, Alabama to Cecil Mims and Ruby Adams (Mims). He went into the United States Air Force on April 30, 1966 and served with distinction until 1972. Following that he was in the USAF Reserves achieving the rank of Major before retiring in 1981. He received degrees from both the University of Alabama and Troy University, with emphasis on Library Science and Political Science. A lifetime of scholarship led him into careers as a Librarian, and a bookstore owner. He was an accomplished public speaker, earning the highest awards in a local Toastmaster’s group, and wrote “A Plan to Win”. For the past 40 years he has owned and operated a coin shop called “Alpha Coins”. His collection of Mobile Bank notes was written up by major Numismatic Publications multiple times. Nolan was an avid University of Alabama football fan, and rarely missed a game. Nolan was predeceased by his mother, Ruby Adams; his father Charles Adams; his sister Mary Charles; and his Brother Buddy Adams, his daughter in law Beth, his loving granddaughter Samantha, and his beloved dog, Chester Mims. He is survived by his brothers John (Jo) Adams of Seattle, WA, and Tommy Adams (Gail) of Pigeon Forge, TN; his sons Charles Mims of South Daytona, FL, Lee (Donna) Mims of Wewahitchka, FL, and William Mims of Panama City, FL; his daughter Jena Cramblitt of Bay Minette, AL; his granddaughters, Brianna (Greg) Mims of Port Orange, FL, Heather (David) Miller of Daytona Beach, FL, and April Mims of Wewahitchka, FL; his grandson Ryan Causey of Wewahitchka, FL; and two great grandchildren. A memorial service will be held in his honor on June 14, 2020 at 11 AM at Cottage Hill Memorial Funeral Home located at 7158 Cottage Hill Rd, Mobile, AL 36695. The family will receive visitors beginning at 10 AM in the chapel. The memorial service will be under the direction of Dr. Charles S. Mims of First Baptist Church of South Daytona. Donations may be made in Nolan’s honor to the animal charity of your choice or to First Baptist Church of South Daytona (2197 Kenilworth Ave; South Daytona, FL 32119)

Major Nolan Anderson Mims went to be with our Lord on June 9, 2020 after an extended hospital stay. He passed peacefully in his sleep. Nolan was born on January 26, 1943 in Montgomery, Alabama to Cecil Mims and Ruby Adams (Mims). He went into... View Obituary & Service Information

The family of Mr. Nolan Anderson Mims created this Life Tributes page to make it easy to share your memories.

Major Nolan Anderson Mims went to be with our Lord on June 9,...

Send flowers to the Mims family.